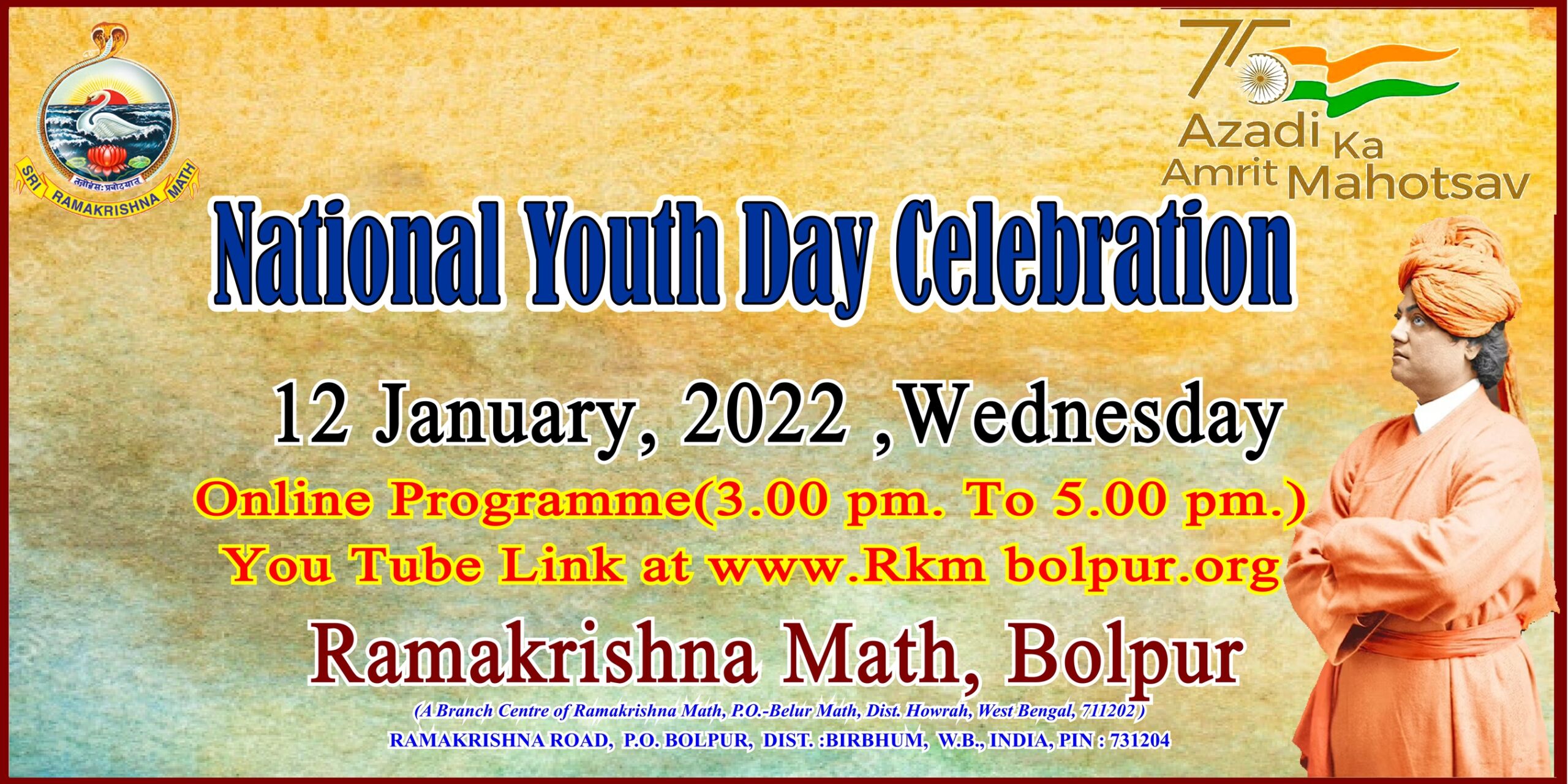 Promotion of education, both secular and spiritual, through which ‘character is formed, strength of mind is increased, the intellect is expanded, and…one can stand on one’s own feet’, has always been a key focus of the Ramakrishna Order since its inception. Ramakrishna Math, Bolpur strives to provide such an all-pervasive educational care to the children of the surrounding localities through its elementary school named Sri Ramakrishna Sishu Vidyapith and through its function as a promising unit of the Gadadhar Abhyudaya Prakalpa. With its free coaching centre and Nivedita Library, the Math opens a plethora of free and open reading opportunities to the concerned dwellers of the locality.

As the Holy Mother enjoyed divine motherhood to one and all in the universe; Ramakrishna Math, Bolpur embraces devotees of all differences with no bar. It preaches the teachings and lives of the holy trio who believed that simplicity, together with honesty, devotion, and knowledge could enlighten humans to form a peaceful world, free from discriminations and imperfections. The Math resonates with vibrancy throughout the year with quotidian spiritual offerings to the Holy Trio in the morning and evening, celebrations of other special religious occasions, and organization of spiritual lectures and cultural programmes.

‘It is love and love alone that I preach’, said Swamiji. It is through pure and unselfish love and service to others that our souls are cleansed from all imperfections and we are elevated to the enlightened state of meeting the Paramatman or Brahman. The Bolpur Math serves to facilitate healthy living in the vicinity of Bolpur through its Swami Vivekananda Charitable Dispensary where medical treatments and medicines are provided almost free of cost. An upcoming Swami Vivekananda Diagnostic Laboratory will help to cater theDiagnostic needs of the locality. There is also a tailoring coaching center for the poor women in the surrounding localities to empower them in earning their living.

Sri Ramakrishna, who was born in 1836 and passed away in 1886, represents the very core of the spiritual realizations of the seers and sages of India. His whole life was literally an uninterrupted contemplation of God.

When Holy Mother came to Dakshineswar at the age of sixteen, Sri Ramakrishna asked her whether she had come to pull him down to a worldly life. Without hesitation she said, “No, I am here to help you realize . . .

SWAMI VIVEKANANDA’S inspiring personality was well known both in India and in America during the last decade of the nineteenth century and the first decade of the twentieth. The unknown monk of India . . .

Birbhum Bears The Mythological Legacy Of Five Sati Pith (The Holy Place Or Pilgrimage Where, According To Hindu Mythology, The Body Parts Of Sati Or Goddess Durga Is Believed To Have Existed Since The Tandava). Among Them, Kankalitala Is Situated Some 5 Km Away From The Town Of Bolpur, Ma Fullaratala At Lavpur, Ma Nandikeshwari At Sainthia, Ma Mahisamardini At Bakreswar And Ma Nalateswari Temple At Nalhati.

It Is Also Famous For Ma Guhykali Temple In The Village Of Akalipur, The Birth Place Of Maharaja Nandakumar And Ma Tara Temple At Tarapith Some 10 Km Away From Rampurhat. Tarapith Is More Famous For The Saint Bamakshyapa Who Got Spiritual Attainment There.
The District Is Also The Birth Place (At Birchandrapur Which Is Also Said To Be Ek Chakra Dham,a Mythological Town) Of Lord Nityananda Mahaprabhu. Apart From This, It Is The Birth Place Of The Famous Mystic Poet Joydev Who Was Born In The Village Of Kenduli, And Wrote The ‘geet Gobindam’, Chandidas Who Was Born At Nanur, And The Famous Writer Tarashankar Who Was Born At Lavpur. All These Religious And Heritage Places Are Situated In Or Around The Town Of Bolpur.

You Have To Grow From The Inside Out. None Can Teach You, None Can Make You Spiritual. There Is No Other Teacher But Your Own Soul.
– Swami Vivekananda

Renovation of the Open Air Stage Along With Sound System: Rs. 10 Lakhs