With a vision of uplifting the status of elementary education in the vicinity of Bolpur, late Shanti Bandyopadhyay initiated the setting up of a Primary School in collaboration with the Governing Body of Sri Ramakrishna Ashrama. Thus dawned Sri Ramakrishna Sishu Vidyapith in the land of Rabindranath on April 29, 1994.

Since inception, the motto of the school has been to provide education by which, in the words of Swami Vivekananda, ‘character is formed, strength of mind is increased, the intellect is expanded, and by which one can stand on one’s own feet.’ The lives and teachings of the Holy Trio have always been the key charm behind the dissemination of knowledge among the students. 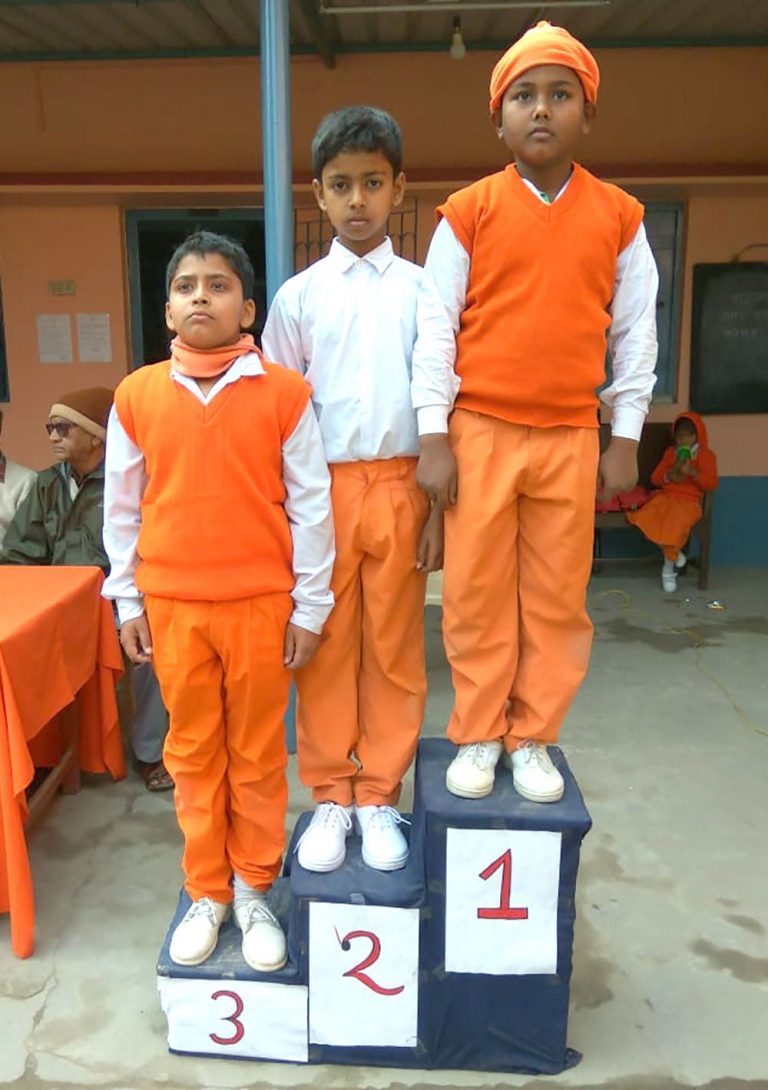 What started with barely three classrooms, thirty students, and four efficient teachers has now blossomed into a prominent centre for elementary education with close to thousand students and little over thirty teaching faculties. As the journey was never easy, with the blessings of Sri Ramakrishna, Sri Maa Sarada Devi, and Swami Vivekananda and with support from numerous great souls, the school flourished apace. Mention must be made of Late Sandhya Rani Bhowmik who dedicated herself to lead the school and helped in increasing the strength of students to seven hundred and teachers to thirty. Late Somnath Chatterjee, Member of the Parliament was highly generous in funding the expanded construction of a two-storey building for the school. 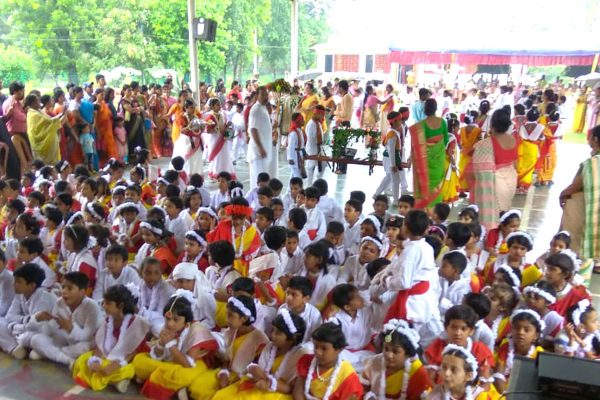 A renowned Bengali medium school that inculcates among students the value-based education of the Ramakrishna Order. Focus on man-making and character-building education with the teachings of the Holy Trio. Emphasis is given on dedicated trainings in cultural and physical activities for all-round development of the students. Maintaining of strict discipline is strictly adhered to which proportions to disciplined upbringing of students. Revision of curriculum are updated with the changes in national level elementary education. 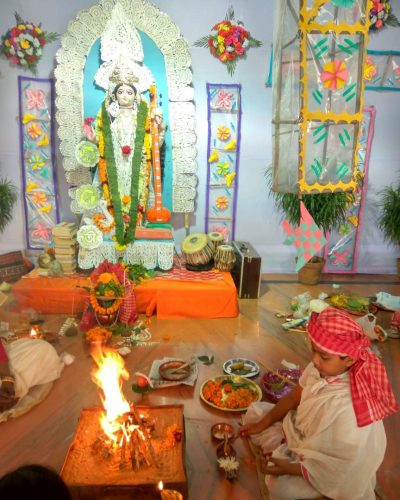 Some Achievements at a Glance

Each year, a great number of meritorious students of Sishu Vidyapith get admitted to secondary schools of repute in the vicinity of Bolpur. Our students regularly succeed in elementary level scholarship examinations organized at the district level in Birbhum. The alumni of the school have secured ranks in the state level secondary and higher secondary examinations.

Focus on various co-curricular activities has been a key feature of learning in Sishu Vidyapith. Keeping in line with Swamiji’s vision of all-round development, students are provided with dedicated trainings in dancing, singing, drawing, general knowledge, recitation, physical exercise. Students participate in various cultural programmes and competitions at the local and district level. Students are also taken to one-day educational excursion each year.

New students are admitted to Play Group I (age 3+) every year on the basis of interview. Admission to classes from Play Group II to Class IV varies in different years depending on the vacancies arising every year. Admission to these classes are typically based on written examinations. Play Group II students are admitted through interview. Announcements related to admission are displayed on the notice boards of the school and the Math office prior to the puja vacation. Forms are distributed and collected after the Puja vacation. Written tests and interviews are scheduled tentatively in the first week of December. Admission procedure is completed within December and the new academic session starts from January next year. 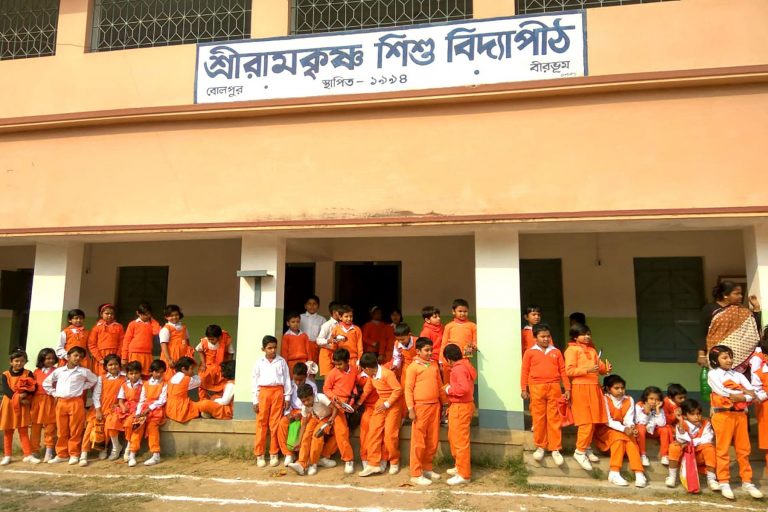